Last Sunday, July 27th has made two wonderful protagonists of the tv series: Maddie Hasson and Anna Camp. The two actresses kicked off the red carpet wearing two cocktail dress from  the Spring-Summer 2014 for the 2014 Young Hollywood Awards held at The Wiltern Theater in Los Angeles.

Maddie Hasson was surrounded by a wrapped white dress characterized by delicate ruffles at the waist and golden light points on the cuffs. Essential lines and patterns refine the item with the color of purity: a precious balance between the candor of white and the sinuous lines.

In the YHAs wallboard Anna Camp shined the photographers with her radiant smile. The almond shades, inspired by the hot dunes, conquests the True Blood star who wore a overtly feminine lace dress. On the one hand the lace top seduces for transparency, on the other hand the cross-paneled skirt reveals slowly her legs. A sophisticated, sensual and modern item in the same time as the woman who wears it. The detail of the bow at the waist enhances the silhouette and the iconic elegance of the Maison.

The ceremony rewards the young American showbiz talents and it was conducted by Kelly Osbourne on CW TV channel. Chloë Grace Moretz and Ansel Elgort won for the cinema awards while Ed Sheeran was the music great revelation. 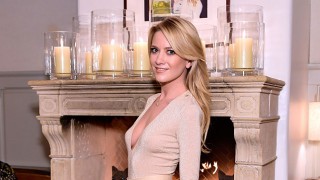 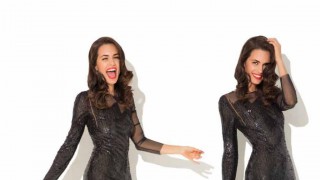 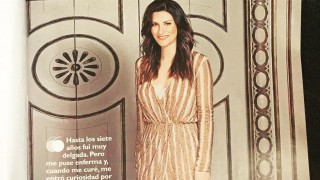